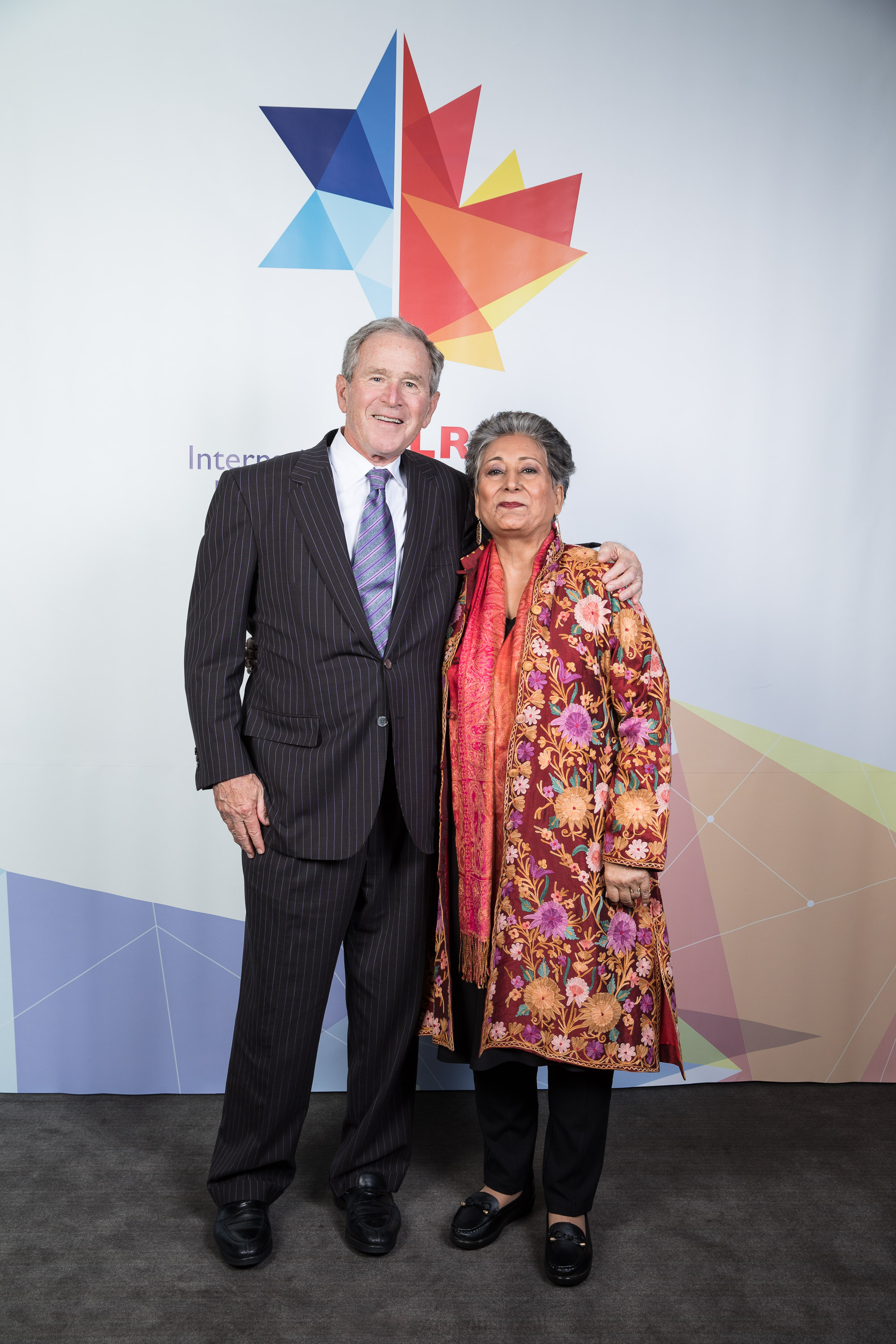 Islamic history is something we do not debate or discuss. We accept it as handed down to us. So we have villains who have been made into heroes and heroes who remain unidentified.
Case in point, Mughal emperor Aurangzeb was a ruthless and merciless ruler who had no qualms about assassinating his brothers or imprisoning his father. He is celebrated as a hero.
On the other hand Mughal Emperor Shah Jahan’s son Dara Shikoh had a pluralistic vision but was put to death by Aurangzeb and his good works are hidden in history.
When today’s world becomes history, I wonder how George W. Bush will be remembered. Muslims have pre-conceived notions about him orchestrated by the Iraq war and incursion into Afghanistan.
I too have been guilty of such thoughts.
However I had the pleasure of meeting ex-President George Bush (yes Dubya or GW as he is fondly called) at a luncheon where he was given an award by a local Foundation. I realised that when a politician stops being a politician, he or she becomes human. This is what I saw in George Bush – an entirely different person who is warm, compassionate and full of humour.
President Bush was interviewed by Canadian Senator Linda Frum for one hour in which she asked him very pertinent questions. I was so impressed that I had to make notes. Although much of what he said was “quote worthy” I noted a few points that touched me.
He said “I will not use the platform of my previous position to criticize my predecessors”. Asked about the current situation in USA, he said that more important than the President is the institution and that there is a need for USA to reject isolationism and tribalism.
He spent time speaking about his wife Laura and his daughters saying that he could not have done his job as a “war-time President” without Laura’s support. He said that his time as President was a great challenge and he had to make some very quick and important decisions which he felt were best for his country. “When you’re leading a country you have to have a vision, a strategy and a focused effort to achieve your goal”. However he added that “the further we get away from 9/11, the further people are getting away from the lessons learned from 9/11”
He called Iran “the most destabilizing force on the earth” and said he did not agree with the sanctions being lifted. “Nothing changes in Iran unless the regime changes so we have to continue to put pressure on them”. He added that the decision-makers in Iran have not changed.
Asked about Russia he said he knew Putin way back when he was a different man. “Putins changed due to oil and power and although he is strategically very smart, he has a chip on his shoulder”.
On Israel he said that anti-Semitism is dangerous and it’s the role of the US to reject anti-Semitism at home and abroad. He said “the Middle East must know that US is solid in their support of Israel and they will forge their foreign policies accordingly”.
Bush mentioned NAFTA and said USA has to tweak the treaty and fix it because USA, Canada and Mexico can learn to work together. He rejects the notion that NAFTA is bad for USA.
President Bush went on to speak about how much he enjoys spending time at his ranch where he drives mountain bikes with Vets who he admires and supports. He also plays golf with Bill Clinton and Barack Obama.
His biggest regret? Going for social security reform instead of immigration reform. He said “what’s going on is un-American because immigrants renew our spirits and hopes”.
Today at The George W. Bush Institute he dedicates his work to the betterment of humanity.
He quoted Darwin “It Is Not the Strongest of the Species that Survives But the Most Adaptable”

At various times he laughed at himself and how people said he couldn’t speak properly or write and laughed “well then they should read my book!”.
While the man has changed, the only thing that hasn’t changed is that he still says “nuc-you-lear”